Handmade Caucasian Rugs: Everything You Need to Know

As their name depicts, the handmade Caucasian rugs are crafted by people inhibiting the land of Caucasus. The weavers belong from countries situated towards the south, north, and the east of the Caucasus Mountain range, namely Iran, Russia, Georgia, Armenia, Azerbaijan, and Turkey.

The Caucasian rugs are divided into various types, including the famous Kazak rugs, Dagestan carpets, Karabach, and various other categories. 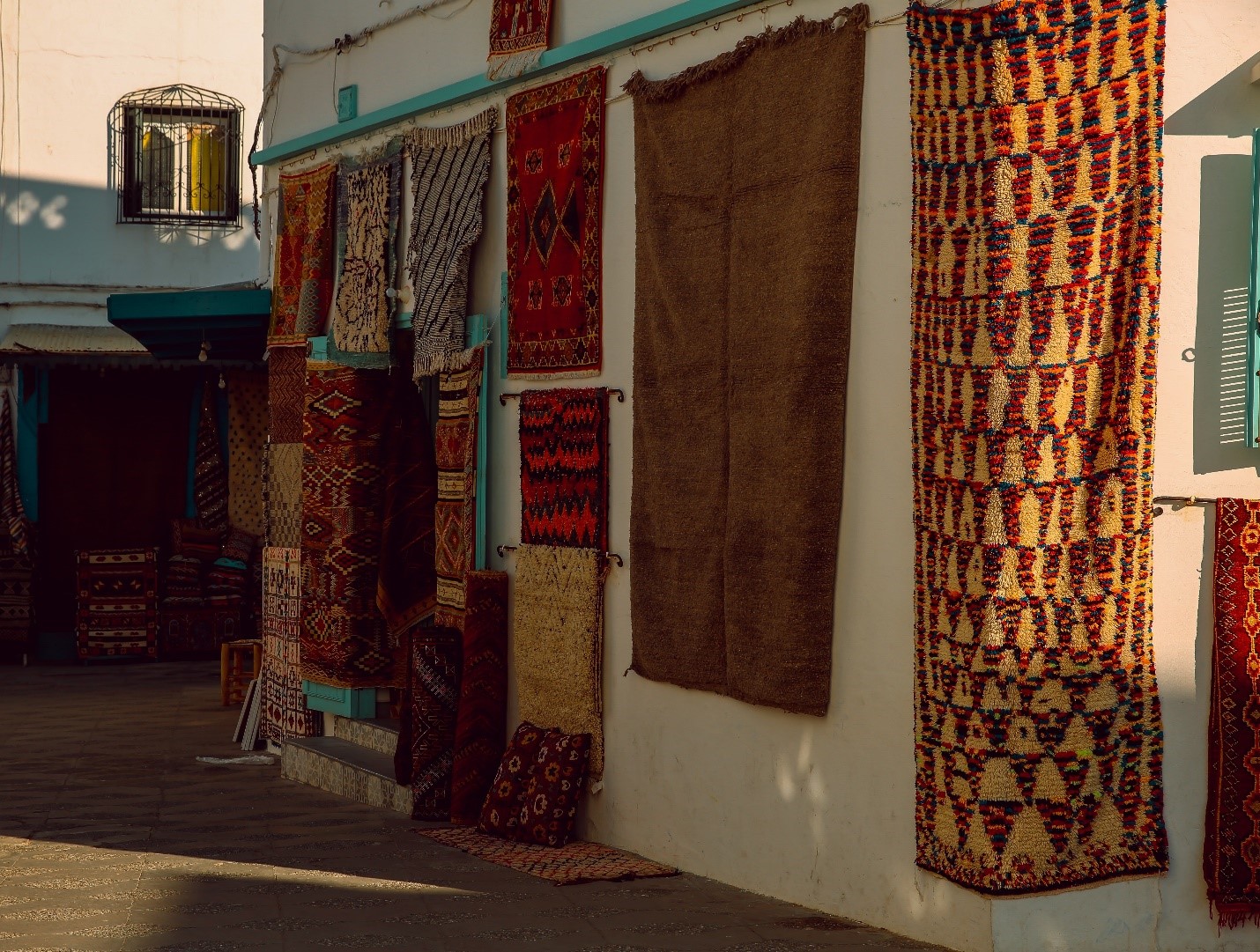 The Story of Caucasus

The Caucasus landscape is very harsh to live in due to the range of high peaks stretching from East to West in the region.

According to the traditional Caucasian folktale, the mountains were created as a result of an accidental mishap.

Just as the Almighty Sprit was approaching Earth with a sack full of rocks and boulders, the Evil enemy of his appeared behind him and slashed the sack. Hence, all the colossal rocks and boulders fell to the surface of earth, landing one atop another on a narrow strip of land situated in the middle of the Black Sea and the Caspian Sea. This land is known as the Caucasus and is known to be one of the most hostile landscapes on the Earth. So much so, that just after the rocks fell, the Almighty warned his Evil enemy that he won’t ever be allowed to enter this land, since everyday life would already be hard enough here considering what had happened.

The Caucasus Mountain range contains peaks that are higher than many in the Alps, and the hostility of glaciers here could be compared to those of the Himalayas. 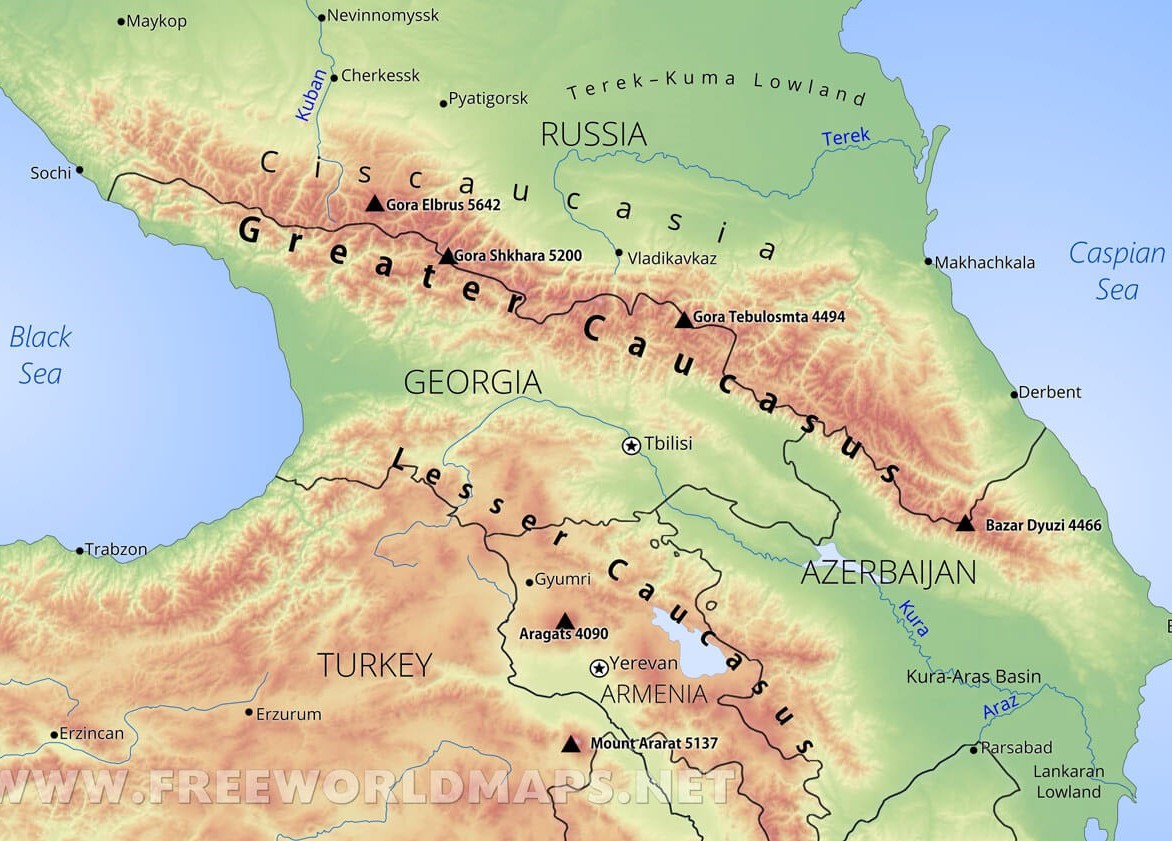 The Creation of Handmade Caucasian Rugs

You might have come across handmade rugs of different styles and types. All these rugs have features of cultural value, such as traditional symbols and religious patterns. In most cases, tribal handmade rugs were crafted by people of nomadic tribes to fulfill their basic domestic needs.

The handmade Caucasian rugs that you may find on sale are very much similar to their early counterparts. The rugs were crafted by nomads belonging to as much as 550 different tribes who inhibited the Caucasus. These mountain people belonged to different religions and practiced different beliefs. There were Muslim Lesghis, Chechens, and Talish, in addition to Christian Armenians, Mountain Jews, Württemburg Germans, Norsemen, and Buddhist Kalmucks.

The livelihood and existence of all these Caucasian tribal people depended largely on their way to innovate in order to survive.  They had a deep understanding of the natural forces around them and they innovated their lifestyle accordingly.

In the early days, there were only two environments for the Caucasian tribesmen to live in: the deep valleys surrounded by the Caucasus mountains where they waited for the harsh inters to pass, and the meadows on mountain hills where they brought their sheep to graze during the months of summer. Hence, they only lived in two types of homes: a small tent type hut that was blackened using “kosh” or smoke, and a dimly lit space for living that was dug out of a hill side.

Since the homes were simple and plain without much beauty, the nomads learned to create essential items of comfort and home décor using the materials at their disposal.

Because they had a busy everyday life, the nomads were quite expressive, and hence bold patterns are a major feature of Caucasian handmade rugs.

Similar to many other Oriental rug types, the handmade Caucasian rugs feature the most striking design patterns and bold color combinations. The different colors in Caucasian rugs are balanced through adding contrasting shades. You’re most likely to find Caucasian rugs online in shades of reds, blues, greens, and yellows. In many cases, all these colors are used in a single rug. Although it might not sound appealing, the color combinations in these rugs are quite harmonious and captivating.

The Features of Caucasian Rugs

After viewing the map above, you would have understood that the Caucasus is a land that lies at the very center of the rug weaving world. The area is surrounded by countries famous for carpet production, including Turkey, Russia, and Iran.

Moreover, owing to the region’s proximity to the Silk Route, the rugs crafted here have a special feature that’s unmatched in all other Oriental rugs: their making was influenced by various rug making traditions belonging from Egypt to China!

The Caucasian tribal people transformed their procedure and way of rug making overtime and started weaving tribal rugs with designs that were more geometrical, such as the famous Kazak rugs.

Various interesting symbols and motifs can be found in handmade Caucasian rugs, including the popular dragon motif, shapes of animals, birds, palmettes, flowerheads, arabesque, boteh, crab designs and the cloudband. These symbols are mixed up with powerful geometric shapes, such as diamonds and hexagons.

The Caucasian weavers faced another major challenge, and that was their inaccessibility to the products of the outside world. Hence, even in the 1920s, the wool used for rugs was dyed using 100% natural materials, such as vegetable and plant dyes. It was quite late before the Caucasian tribesmen were introduced to the brighter and more brilliant analine dyes. Hence, if you explore the category of antique rugs for Caucasian rugs, you would find rugs that had been crafted using naturally dyed wool.

Caucasian Rugs – Introduction to the World

Caucasian rugs were not exported to the world outside of Caucasus until the early 20th century. Antique Caucasian rugs from this time period are known to be exemplary works of tribal weaving and craftsmanship.

Today, you can easily buy the best quality Caucasian rugs online. The rugs are highly resilient, extremely durable, and are dominated by enchanted design patterns that surpass many other Oriental rugs in their beauty, vividness, and boldness of character.