Caucasian rugs have an extensive history. But it is just history that makes them the best choice for your indoor décor?

Read on to find out! 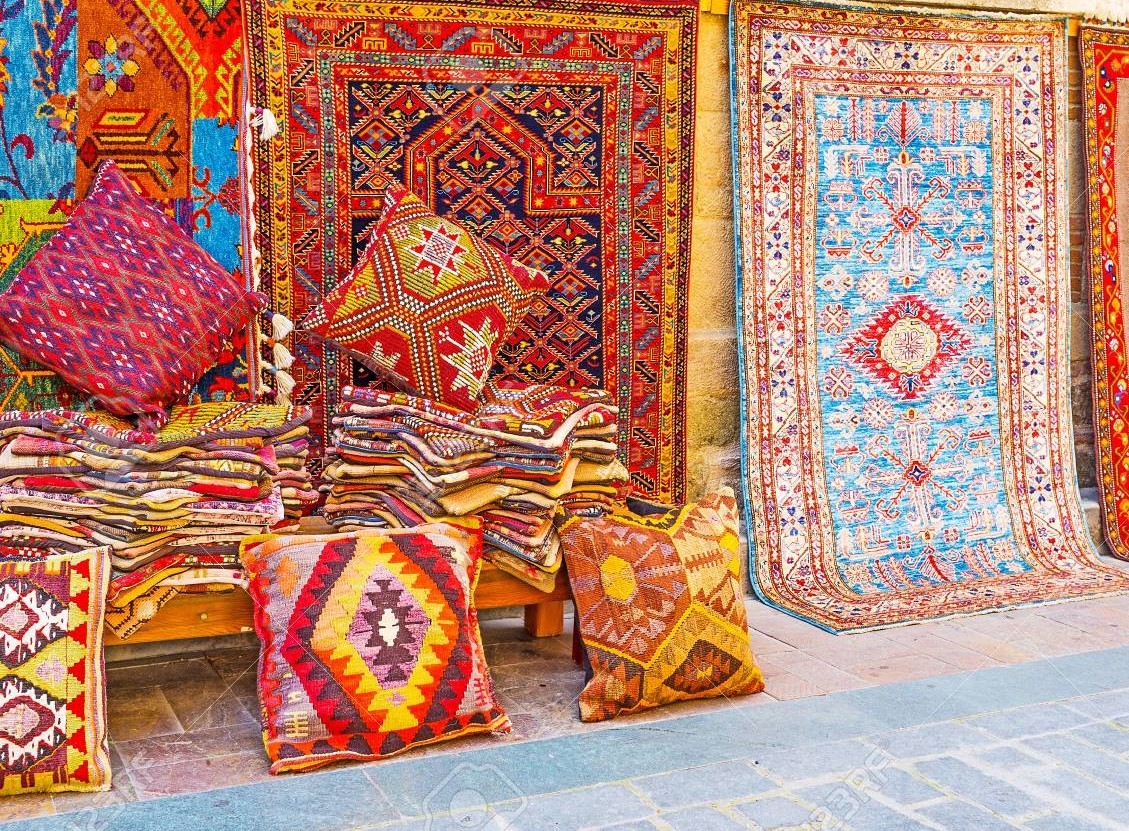 Let's dive into the world of Caucasus!

Caucasian rugs are native to the Caucasus region situated between the Black and Caspian Seas.

Evidence suggests that Caucasian rugs have been woven in the Caucasus region since the early Bronze Age, corresponding to between 4500 and 2500 BC.

The Encyclopedia of Rugs & Carpets by Maria Stolt tells us that Caucasian rugs would have arrived in Europe during the Middle Ages via the Silk Route, under the influence of Turkmen weavers.

Caucasian rugs are an essential part of the Caucasian culture and have been passed down from one generation to the next since centuries.

The Caucasus region has always been an area of cultural exchange between East and West, with a long history in rug weaving. Today Azerbaijan, Turkestan, and Armenia have become the main hubs of the Caucasian rugs where they are still handmade and made by local craftsmen.

The term "Caucasian rugs" is often used as the synonym for Georgian-style or Daghestani rugs since those two regions are the most prominent producers of Caucasian rugs.

A particularly prized type of Caucasian rug is the Kuba weave. The weft floats over the entire length of the carpet (similar to Persian weaves). The colors are often vivid, as natural dyes were used. 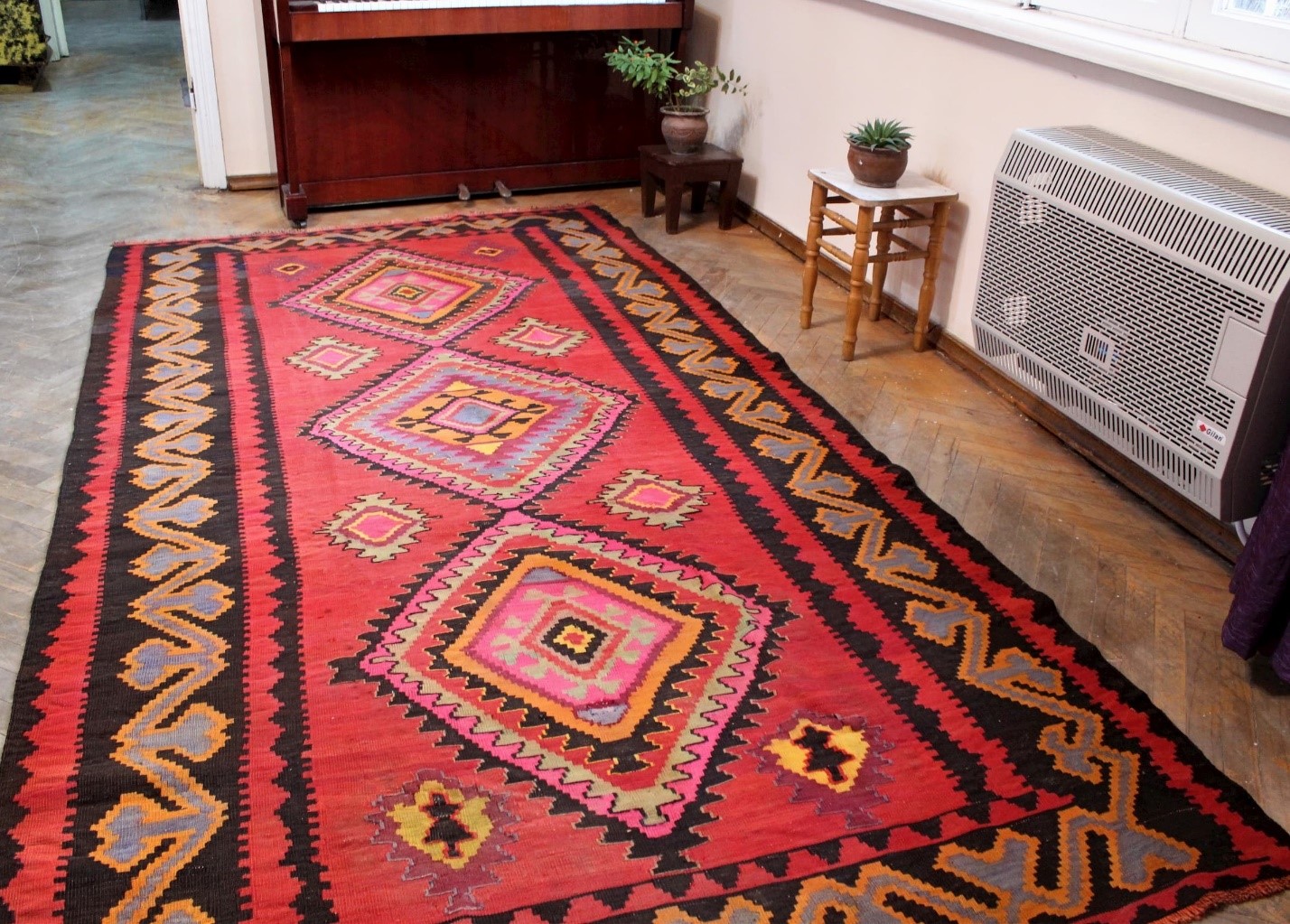 A Dagestani rug is one type of Caucasian rug that is produced in Daghestan. The name "Dagestani" refers to a group of people who speak the same language.

Daghestani rugs are usually woven by the flat weave or tapestry weaving technique with a pile of wool or cotton. Many of these Caucasian rugs feature decorative patterns, such as geometric designs made from combined polygons.

What Techniques are Used to Weave Caucasian rugs?

Caucasian rugs are woven using several different techniques. The most famous style is the Kuba weave, which features a warp float and plain weave.

Pile rugs are woven using the Kuba method, first introduced in Azerbaijan in the late 18th century and had its roots in Caucasiancarpet making.

Another popular flatweave method is called "Kazakh" or Kazak. This technique has been used to make pile rugs in Azerbaijan, Dagestan, Turkmenistan, and the Caucasus for over 2,000 years.

Kazakh carpets are woven by knotting each weft thread on a warp-faced lattice loom (similar to how kilims are made in Anatolia).

This weave produces a flat surface with no pile; however, the weaving technique is very labor-intensive, and the rugs are quite heavy.

What Materials do Caucasian Rug Weavers Use?

Handmade Caucasian rugs were traditionally crafted from wool, though many also used cotton as a warp or weft material, especially in areas with high temperatures.

Today, machine-made Caucasian rugs are made from synthetic fibers such as acrylic, especially in areas where wool collecting is restricted. Still, since these rugs do not offer longevity and durability, these rugs aren't popular in European countries.

Wool and cotton warp materials are dyed using natural dyes (mostly vegetable-based). At the same time, synthetics are usually bright and cleanly colored, which become prone to fading if placed in direct sunlight.

Many designs are geometric, though some rugs feature animal designs such as birds, geese, horses, or even panthers.

Why do Caucasian Rugs Take Months to Weave?

The process of weaving a Caucasian rug is very labor-intensive. The flatweave method typically takes over 300 hours to complete, and the Kuba method takes even longer because of the floating warp.

It is for this reason why Caucasian rugs can be so valuable! 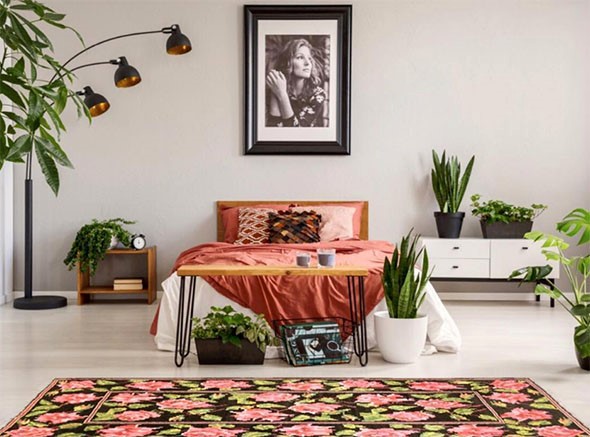 Caucasian rugs are expensive but are they worth it? Yes! Because they are hand-woven and crafted by skilled artisans, which means the rug can last for decades!

Another reason why these rugs cost you more than an average machine-made rug is that they are rare!

Their rarity and history have made them high-value pieces, especially among collectors.

Each hand-woven Caucasian rug is made from high-quality wool that has been produced in the Caucasus for centuries.

Caucasian rug weavers spend hours spinning, dyeing, and weaving the wool to create one fabulous piece. The process of creating these rugs is not only very long but also very intricate.

While the flatweave methods are woven by hand, did you know these rugs can include as many as fifteen hundred knots per square inch? This means that there are thousands of hours put into creating a single carpet.

Why are Handmade Caucasian Rugs Better Than Machine-Made Carpets?

These rare rugs are more valuable than machine-made or hand-tufted rugs, and many collectors seek them out.

What is the Difference Between a Caucasian Rug and an Oriental Rug?

Even though the best handmade Caucasian rugs are flat-woven, they are woven by knotting each weft thread on a warp-faced lattice loom. This weaving technique is very labor-intensive, and the carpets are quite heavy.

Additionally, Caucasian rugs have a "floating warp" in which the canvas is not attached to the loom until after weaving. Oriental rugs, however, are generally woven on a vertical loom and have a thicker pile than Caucasian rugs.

Also, the traditional Caucasian rug style is flatweave and not pile-woven; for this reason, they are sometimes called "Caucasian Flatweaves."

How Much Should I Spend on a Caucasian rug?

The value of any Caucasian rug depends on the quality of the materials and artistry, dyes used in its creation, the rarity of the design, size, age (generally, older rugs are more valuable), condition, and other aesthetic factors.

The prices vary according to the size, style, and color of the Caucasian rugs, and either you are buying from a retailer looking for Caucasian rugs for sale online.

While no price is set in stone for a Caucasian rug, it is safe to price your rug according to your needs and interests and your living space requirement.